Marijuana, the flower of the cannabis plant, has been used for its psychoactive and medicinal qualities for thousands of years. While the 1900’s were marked by criminalization of marijuana, the new millennium brought about a reversal, favoring legalization in many jurisdictions. Today, 38 states and the District of Columbia recognize the medical benefits of the drug, allowing people to obtain and use it if they have the endorsement of their physician. Furthermore, with recent ballot measures passing in Maryland and Missouri, 21 states and the District of Columbia have legalized recreational marijuana use.  However, the legalization of marijuana in the United States has created much confusion.

As President Biden recently addressed, marijuana remains in Schedule I of the Controlled Substances Act, and is therefore illegal under federal law.

There was movement in South Carolina to potentially legalize medical marijuana with the introduction of Senate Bill 150, better known as the South Carolina Compassionate Care Act, which was ultimately held unconstitutional on procedural grounds because it would have created a new tax and did not originate in the House. If enacted, the bill would have allowed people with specific and debilitating medical conditions to purchase medical marijuana from dispensaries in the state.

Hemp, on the other hand, which is defined as “the plant Cannabis sativa L. and any part of that plant, including the seeds thereof and all derivatives, extracts, cannabinoids, isomers, acids, salts, and salts of isomers, whether growing or not, with a delta-9 tetrahydrocannabinol concentration of not more than 0.3 percent on a dry weight basis”, was removed from the Schedule I list through the enactment of the Agriculture Improvement Act of 2018. 115 P.L. 334. (Delta-9 THC is “the component responsible for the ‘high’ people may experience from using cannabis.” 5 Things to Know about Delta-8 Tetrahydrocannabinol — Delta-8 THC, U.S. Food & Drug Admin. (May 04, 2022).) As a result, hemp, frequently referred to as commercial hemp, is fully legal.

Currently, South Carolina remains one of 13 states to declare possession of marijuana containing Delta-9 THC unlawful without any exceptions for medical use of the drug.

However, due to the federal legalization of hemp, psychoactive hemp extracts such as delta-8 (another psychoactive substance found in small amounts in marijuana and hemp) became widely available across the state, being sold in a variety of convenience stores, gas stations, and smoke shops. Faced with this trend, many businesses throughout the state may consider selling delta-8 products.

While delta-8 is extracted from legal hemp and a cursory google search may lead one to believe delta-8 is legal in South Carolina, owners of establishments that choose to sell the drug should be very cautious. The South Carolina Attorney General’s Office issued an opinion in October of 2021, finding delta-8 unlawful under its interpretation of South Carolina’s Hemp Farming Act. According to the SCAG, Section 44-53-190(D) categorizes all isomers of THC as Schedule I controlled substances unless specifically excepted and the Hemp Farming Act only creates an exception for delta-9 THC. S.C. Code Ann. § 44-53-190(D).  A SCAG’s opinion is, essentially, the Attorney General’s belief as to how a court would decide the issue.

There does not appear to have been any arrests or convictions relating to the sale or use of delta-8 since the SCAG’s Office issued its opinion.

Many local governments have enacted ordinances addressing the ambiguity. Lexington County enacted an ordinance in February of 2021 defining synthetic marijuana as “all chemical compounds intended to replicate, mimic or cause a similar reaction to the effects of marijuana or cannabis.” Lexington County, South Carolina Code of Ordinances Sec. 46-61 (2021). Under this ordinance, it is unlawful to “use, offer for use, purchase, offer to purchase, sell, offer to sell, or possess synthetic marijuana … unless prescribed by a licensed physician.” Id. Besides Lexington, the following non-exhaustive list of municipalities enacted similar ordinances: Columbia, York, Rock Hill, Darlington, Fort Mill, Florence, Hartsville, Hampton, Sumter, Mullins, Abbeville, Chester, Spartanburg, Anderson, and Fairfield.

Consequently, the sale and possession of delta-8 appears to be illegal in many areas of the state, yet potentially legal in other areas.

Regardless of any concerns over criminal liability related to the sale of delta-8 in South Carolina, there are additional concerns a potential seller of delta-8 should consider, including the safety of the product itself. According to Chief Courtney Dennis of the Irmo Police Department, delta-8 is “lacking a lot of FDA approvals and regulations so when you’re eating these cookies or smoking these different plant-like materials … just because it says it contains .3% or less doesn’t mean that that’s true.” Emily Correll, Delta-8 is the newest cannabis product to emerge in the Midlands, WLTX (May 25, 2021, 6:55 PM), https://www.wltx.com/article/news/local/delta-8-cannabis-product-emerges-in-midlands/101-632bcb2d-f1f2-4035-bb4c-32bfb528eb4f. As a result, police throughout the state have seized products claiming to be legal delta-8 that, after testing, were found to contain illegal levels of delta-9 THC. See Kylie Jones, Upstate police seize Delta 8 THC products from vape shop, owner argues they’re legal, WYFF (Mar. 24, 2021, 3:23 PM), https://www.wistv.com/2021/03/24/upstate-police-seize-thc-products-vape-shop-owner-argues-theyre-legal/.

Moreover, some delta-8 products are being sold without proper, if any, warning labels or safety mechanisms to prevent their consumption by children. Selling such products could result in liability for the seller under a products liability cause of action. See S.C. Code Ann. §15-73-10. The issue of inadequate warnings was recently addressed by the Columbia City Council, when they enacted Ordinance No. 2022-082. This ordinance, effective October 18, 2022, contains the following disclosure requirement:

Accordingly, the sale of delta-8 could result in civil liability for the seller. While it is impossible to predict any and all potential risks for liability, there are several foreseeable scenarios that could lead to a seller of delta-8 becoming the target of a lawsuit.

Additionally, with the various city and county ordinances and state laws, there is a strong chance that sellers of delta-8 are committing negligence per se with each offer to sell delta-8 products.

Given the current state of laws, regulations, and ordinances throughout South Carolina, many business owners are unsure if they should sell delta-8 products. However, a business owner may believe that the profitability of the delta-8 is worth the risk. In that case, the business owner should keep themself abreast of local laws and consult an attorney with experience in retail and hospitality law to ensure they are best protected. 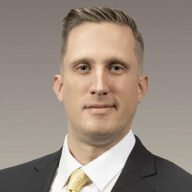