It is my turn to blog. When I do, I usually I look for a recent case to analyze or some topic dealing with changes in the Worker’s Compensation Act.  Not today. 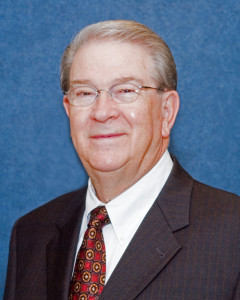 Indulge me to take a minute of your time to talk about the passing of an era. Last week, Bill Griggs passed away. He was 77 years old and worked until he was at least 75. He was a fixture in the world of workers’ compensation. He began as an adjuster before most of the present members of the SCWCEA were born. Bill was part of that era when commissioners were reappointed for decades; Jim Reid, Holmes Dreher, Dawson Addis, Babe Nelson, and Paul McMillan, just to name a few. When I started practicing law in 1974, I thought being a commissioner was a lifetime appointment. It was an era when John Nabors was the Executive Director of the Commission (before becoming full-time Executive Director of SCWCEA), Louis Weeks was Director of Coverage and Compliance, and the Second Injury Fund was created with Howard Victry as its leader.

Bill served as secretary of the SCWCEA for years. He was on the Board of Directors. And at a time when the SCWCEA needed him most, he became its President. But most importantly, from my perspective, Bill was one of the first members of the Lacy/Crossman Players, later known as Lacrappo Productions. He enjoyed spoofing the system as much as anybody. His wit, charm, and flair for the comedic made him an essential member of the ensemble. For over 20 years, Bill unselfishly gave his time, his talent, and his sweat to every silly skit, movie, or talent show we created.

Bill was there to see (and do) it all. He knew all the players, all the stories, and where all the skeletons were buried. He was an integral part of an era that will never return. As much as anyone, he made the system what it is today.

Goodbye Bill. My world is a better place because you were part of it.