With the holidays upcoming, everyone is certain to have a favorite tradition.  From wrapping presents to the tunes of Bing Crosby’s Christmas album, to waking up on January 1st feeling like your brain lost a fight with King Kong, the next several weeks are sure to be jam-packed with annual rituals that have been passed down within families and friend groups.  To many, New Year’s Eve revolves around the same event; the annual fireworks show.  Whether you are attending a crowded celebration in your community, or just firing a few bottle rockets with friends in the neighborhood, your New Year’s Eve is sure to feature your favorite non-military-grade explosives.  While New Year’s Eve firework displays are meant as a moment to enjoy your memories from the previous year while looking forward to the next twelve months, it bears thinking about the product liability concerns that might lurk in the brightly-colored sparks of these events.

The first question that every amateur pyrotechnician should ask themselves is, “is this firework even legal?”  The South Carolina Code of Laws allows for an explosive device to be sold as a “consumer firework” if it meets the following requirements:

Practically speaking, this means that any firework that you can buy for personal use has to contain less than 50mg of explosive materials if it is a firecracker, and less that 130mg of explosive material if it is detonated in the air.  Fireworks that are too “material heavy” for sale in South Carolina include past-generations’ favorites such as Cherry-Bombs, M-80s, and miniature bottle rockets.

While these numbers may not mean much to you when you pull up to your favorite road-side fireworks stand, to sellers in South Carolina, they mean the difference between a nice post-Christmas paycheck, and a hefty fine. South Carolina Law provides penalties for violations of firework sales statutes and regulations:

In addition to the above penalties, the license of any wholesaler, jobber, or retailer must be permanently revoked upon conviction for a third offense.

Firework sellers are not the only persons who could face liability arising out of displays, however.  Organizations that seek to hold a fireworks display for their community must first fill out an application to become a firework operator with the Office of the State Fire Marshal. The Office of the State Fire Marshal sets out a list of qualifications that one must meet in order to become a licensed operator.  Notably, these regulations state that:

2. Public Liability Insurance in the amount of $1,000,000 shall be provided by any permittee involved with motion picture productions. Motion picture companies employing this person(s) shall list the State of South Carolina and its agents as additional insured.

3. The coverage company must be an insurer which is either licensed by the DOI in this State or approved by the DOI as a nonadmitted surplus lines carrier for risks located in this State. In the event the liability insurance is canceled, suspended, or nonrenewed, the insurer shall give immediate notice to the OSFM.”

South Carolina State Fire Marshal Regulations 21 71-8-6(c).  Failure to insure your organization’s public fireworks display in this manner could subject you to the same penalties as a firework seller who sells over-powered explosive as mentioned above.

“But”, you may ask, “what about the bottle rockets and mortars that my family plans to shoot off in the front yard?”  Fear not, for although South Carolina closely regulates the sale and commercial use of fireworks, our state is among the most relaxed jurisdictions when it comes to the personal use of these explosively fun devices.  As long as you are over the age of sixteen, you can purchase any legal firework, in any quantity, in the Palmetto State. Besides the minimum age to purchase fireworks, the entirety of the state-wide statutory law on personal use in South Carolina is as follows:

“A. It shall be deemed a violation of these regulations to:

2. Explode or ignite fireworks within 75 ft. of where fireworks are stored, sold or offered for sale;

4. Ignite or discharge fireworks in a wanton or reckless manner to constitute a threat to the personal safety or property of another.”

So, as long as you don’t shoot fireworks recklessly, near a school (or other government building), a firework sales stand, a gas station, or from your car; you have complied with the law in South Carolina.  However, many municipalities throughout the state have their own regulations as to when fireworks may be used.  The City of Greenville, for example, limits the use of these devises on New Year’s Eve to 10:00am to 1:00am.  Regulations noted, your neighbors, especially those with pets, may greatly appreciate an earlier cessation of noisemaking from fireworks!

If you have concerns about your annual fireworks display, or are questioning your duties surrounding the sale of every kid’s favorite semi-dangerous product, then you should reach out to a knowledgeable attorney in your area so that your New Year doesn’t go up in smoke.  Generally, however, when enjoying personal fireworks displays in South Carolina, follow the adage that our parents all told us as children, “be safe and don’t be dumb,” and you should stay out of legal trouble. 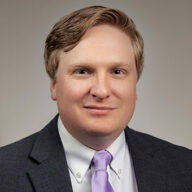 Andrew T. Smith is an associate in the Retail & Hospitality practice group.