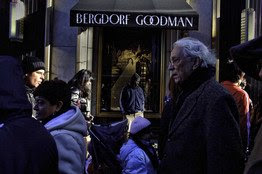 The National Retail Federation called for three periods of sales tax-free shopping that would last 10 days each in March, July and October 2009. The trade group estimates that it would save consumers about $20 billion, or $175 per family.

The retailers’ group wants a tax-free program to apply to all goods subject to state sales tax, including apparel, home furnishings, restaurant dining and automobiles.