Home
Menu
Search
If you are going into surgery, you probably have some concerns, but you may not have thought to worry about whether the surgical instruments had been washed in elevator hydraulic fluid rather than proper surgical detergents and lubricants.
An interesting case from the U.S. Court of Appeals for the 4th Circuit, Mitsui Sumitomo Insurance Company of America v. Duke University Health System, Inc. and Automatic Elevator Company, Inc. (UP 11-2057, 2/11/2013) recently dealt with this out of the ordinary issue in the insurance context.
In 2004, Duke University Health System, Inc. renovated two elevators in the hospital’s parking deck. After completion, the elevator repair company placed barrels of used hydraulic fluid in its designated storage area. The hospital had given the elevator repair company several empty 15 gallon barrels that had previously contained the surgical detergents called “Mon Klenz,” “Klenzyme,” and a surgical lubricant known as “Hinge Free.” Hospital employees later saw the barrels and mistakenly thought they contained surgical detergents and lubricants. Eventually, the hospital used the hydraulic fluid to wash hundreds of surgical instruments. The hospital paid more than six million dollars settling claims with more than 100 patients. The hospital then sued the elevator repair company.
In an insurance declaratory judgment action, the elevator repair company’s insurer claimed the entire mistake was a single occurrence, which obligated that insurer to pay only its $1 million “per occurrence” limit, which it had in fact already paid directly to the patients. The hospital argued the elevator company’s decision to leave the barrels in the storage area could not be considered an “accident” because it was a volitional act, and the court should look to the ‘most immediate cause’ test of the injury. The court responded that “although this semantic argument is intriguing, it lacks merit.”
The court, applying North Carolina law, decided to use the “cause test” to determine the number of occurrences. In this test, “the number of occurrences is determined by the cause or causes of the resulting injury.” This is opposed to the “effect test,” which treats each injury as a separate occurrence. Considering the cause, rather than the effect, focuses attention on the action by the insured, rather than the subsequent injury, the intervening act of hundreds of surgeries done by the hospital. The court focused instead on the elevator company’s single act of negligence and ruled it was one occurrence. Therefore, with one occurrence, the “per occurrence” limit of $1 million was all that was available. 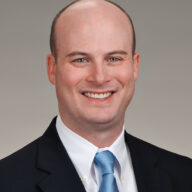