The new hours of service regulations went into effect this month.  The new rules are expected to cause a loss of operating flexibility and productivity and may or may not lead to improvement in safety or the projected savings anticipated by the Federal Motor Carrier Safety Administration (FMCSA).  The American Trucking Associations (ATA) offered its opinion that the rule changes are not supported by the evidence.  One thing that is certain is the cost and frustration associated with adjusting to the new rules will be borne by carriers and drivers.

Whether or not you believe the propaganda created by the FMCSA regarding the expected benefits of the new paradigm[1], the rules, as of July 1, have changed.  Here is a summary:

The 30-minute break requirements will affect nearly all carriers.  Long haul drivers, in particular, will be affected by the new rules – especially when they run out of time in the middle of a route.

Additionally, these changes will have implications beyond the obvious effect on drivers.  Driver managers and dispatch will have to adjust their procedures and expectations to accommodate the changes.  The sales team and other persons in contact with shippers, brokers, etc., will have to prepare them for the realities of the new rules.

The new rules will inevitably arise in the courtroom when Plaintiff’s counsel cites the defendant’s “egregious” violation as Exhibit A in his case for punitive damages. Therefore, carriers and drivers are encouraged to become familiar with the rules and follow them.

If you have questions about compliance, contact Collins & Lacy Transportation Chair Will Bryan at wbryan@collinsandlacy.com or 843.353.2350.

﻿﻿﻿Will Bryan is Chair of the Collins & Lacy Transportation Practice Group.  He practices in the firm’s Myrtle Beach, S.C. office, and represents national and regional motor carriers and their drivers in suits involving serious injury and death as well as cargo claims. Will also practices in professionally liability and retail/hospitality law.

Ross Plyler is an attorney in the Greenville, S.C. office of Collins & Lacy.  His practice focuses in the areas of transportation law, insurance litigation, employment law, and college and university law. 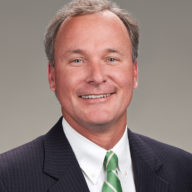 William A. Bryan, Jr. is a shareholder and chair of the Firm’s Transportation Practice Group. Will represents national and regional motor carriers and their drivers in suits involving serious injury and death as well as cargo claims.Read Will's Biography