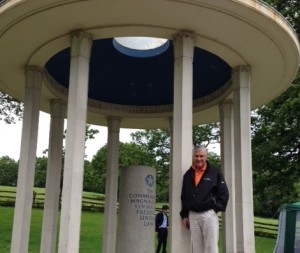 In June, I had the once-in-a-lifetime opportunity to travel to Egham, England for the Stakeholders meeting to plan the 800th Anniversary Celebration of the sealing of Magna Carta. I was there on behalf of The American Board of Trial Advocates (ABOTA) and The American Bar Association (ABA) Magna Carta Committee. The American Bar Association has been working to raise funds to refurbish and repair the ABA Memorial to Magna Carta. I was able to attend the “Giants Picnic” at Runnymede on Sunday afternoon (June 15) for Magna Carta’s 799th Anniversary celebration. At the Magna Carta 800th Anniversary Celebration, the ABA will rededicate the monument, and I have confirmed that enough funds have been raised to improve the statue, and reconstruction has been scheduled to begin this month. The monument’s renovation will be completed before the 800th Anniversary celebration.

The next day, I was fortunate to be invited by Sir Robert Worcester to attend a reception hosted by Prime Minister David Cameron. Prime Minister Cameron gave a brilliant address on the importance of Magna Carta, calling it “Britain’s greatest export.” I also had the great honor of meeting the Prime Minister. 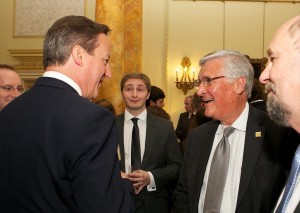 I then attended the Magna Carta Stakeholders meeting presided over by Sir Robert. There were more than 100 people in attendance, including representatives of the Houses of Parliament, the City of London, and the Royal Burough of Windsor. American officials such as Ted Nielson of the National Society of Magna Carta Dames and Barons, and Robert Newlen from The Library of Congress were also in attendance. The meeting discussed several different ideas to commemorate Magna Carta, including plays, festivals, and tours. After the meeting, we were treated to a lecture by Professor Linda Colley where she made many comparisons between Magna Carta and the U.S. Constitution.

I am so honored to have been able to travel to Egham and take part in the celebration of such a pivotal document in world history. The next Stakeholders meeting will be in October 2014 in Bury St. Edmunds, and I will make every attempt to attend. 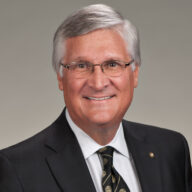