Home
Menu
Search
Finds City Did Not Waive Governmental Immunity by Purchasing Liability Insurance Policies
In a December 17, 2012 opinion, the U.S. Court of Appeals for the Fourth Circuit found the City of Durham did not waive its governmental immunity by purchasing liability insurance, thereby reversing a decision of the U.S. District Court for the Middle District of North Carolina.
In Evans v. Chalmers, the court addressed appeals arising from allegations that the City of Durham mishandled false rape charges made against members of the 2005-2006 Duke University lacrosse team. The City moved for summary judgement based upon the grounds of, inter alia, governmental immunity. The district court denied the City’s motion and the City appealed.
Under North Carolina law, municipalities enjoy governmental immunity from state common-law tort claims arising out of their performance of governmental functions, including the provision of police services. The plaintiffs argued that the City waived its immunity by purchasing liability insurance pursuant to N.C. Gen. Stat. § 160A-485(a). Noting North Carolina law states courts may not lightly infer a waiver of immunity, and immunity is waived only to the extent that the city is indemnified by the insurance contract from liability for the acts alleged, the court rejected the plaintiffs’ argument.
Three “insurance coverages” were at issue – (1) two liability insurance policies from the Insurance Company of the State of Pennsylvania (“ICOP”); (2) an insurance policy from Everest Insurance Company; and (3) a local government risk pool or funded reserve under N.C. Gen. Stat. § 160A-485(a).
Pointing to the “governmental immunity endorsement” present in the ICOP policies, the court found the plain language of the policies established the City did not waive its governmental immunity. The endorsement stated:
[T]his policy provides coverage only for occurrences or wrongful acts for which the defense of governmental immunity is clearly not applicable or for which, after the defenses is [sic] asserted, a court of competent jurisdiction determines the defense of governmental immunity not to be applicable.
The court further noted the endorsement was materially indistinguishable from similar provisions that North Carolina courts have held preserve governmental immunity, and found the City did not waive its governmental immunity through the ICOP policies.
The court also rejected the plaintiffs’ claims of waiver under the Everest policy. The policy provided for coverage for “occurrences” or “wrongful acts” during the policy period of April 1, 2007 to April 1, 2008.  The plaintiffs alleged no “occurrences” or “wrongful acts” during that period. Accordingly, the court found the Everest policy did not apply and could not function as a waiver of governmental immunity.
The plaintiffs also argued the City waived its governmental immunity by participating in a local government risk pool or creating a funded reserve. Rejecting this argument, the court noted the risk pool at issue was for the provision of liability claims adjusting services, not liability coverage. The court further noted that the City repealed its funded reserve on June 18, 2007, before there was a final decision in the cases on appeal, and thus did not waive the City’s governmental immunity.
The court therefore found no genuine dispute as to any material fact existed as to whether the City waived its governmental immunity from state common-law tort claims. Accordingly, the Fourth Circuit reversed the district court’s denial of the City’s motion for summary judgment as to those claims.
For those who wonder whether a similar situation could arise under South Carolina law, it is interesting to note that North Carolina’s § 160A-485(a) functions similarly to South Carolina’s law existing on or before July 1, 1986. See S.C. Code § 15-78-20. As it currently stands, under South Carolina law, the State, an agency, a political subdivision, and a governmental entity are liable for their torts in the same manner as a private individual subject to limitations and exemptions set forth in the South Carolina Tort Claims Act. See S.C. Code §§ 15-78-10 to -220. Thus, the Tort Claims Act itself is a limited waiver of governmental immunity. Accordingly, the situation presented in Evans is unlikely to arise under South Carolina law. See Wells v. Town of Lynchburg, 331 S.C. 296, 302, 501 S.E.2d 746, 749 (Ct. App. 1998) (“The Tort Claims Act ‘is the exclusive civil remedy available for any tort committed by a governmental entity, its employees, or its agents except as provided in § 15-78-70(b).’”) (quoting S.C. Code § 15-78-20(b)). 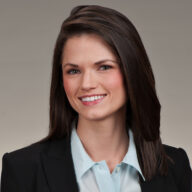 Logan Wells is an associate practicing in the areas of professional liability and insurance coverage. Through the S.C. Bar Young Lawyers Division, Logan serves as Greenville Coordinator for the Cinderella Project. Read Logan's Biography