Home
Menu
Search
Last Friday, February 3, 2012, the United States Court of Appeals for the Fourth Circuit [1] filed its opinion in Pennsylvania National Mutual Casualty Insurance Company v. Roberts, in which the Court declined to apply the tort doctrine of “joint and several liability” to the payment of insurance proceeds.
The underlying facts of this case are tragic.  From birth, Lakia Roberts was exposed to lead paint dust in the building where she lived.  She was first diagnosed with lead poisoning at only “20 months” of age.  The exposure to lead over the years resulted in debilitating problems.  A jury returned a verdict of $2,000,000 against Attsgood and Gordon Gondrezick who owned, leased and managed the property for the period of 55 months of lead exposure that Roberts suffered. Under the Maryland economic damages cap, the $2,000,000 judgment was reduced to $850,000.  It was undisputed that Attsgood and Gondrezick were jointly and severally liable for the $850,000.
Pennsylvania National filed a declaratory judgment action against Attsgood and Roberts on the basis of diversity jurisdiction.  Penn National argued that it was obliged to indemnify its insured Attsgood for no more than 40% of the total judgment or $340,000.  It was undisputed that Attsgood had owned a policy of insurance for the property with Penn National for 24 months (January 1992 – January 1994), but Attsgood had sold the property to Defendant Gondrezick in November of 1993.  Penn National contended that it only had 22 months of coverage.
There were cross motions for summary judgment filed in the District Court.  Plaintiff Roberts argued that Penn National owed the entire verdict based on “joint and several” liability.  Penn National argued that it owed for only 22 months of coverage given that during the last two months of coverage, its insured did not own the property.  The lower Court held Penn National to an exposure of 24 months, the entire period of coverage, but refused to impose a “joint and several” recovery.  Both parties appealed.  The Fourth Circuit affirmed in part and reversed in part as follows:
Conclusion:
In recognizing that Roberts, unfortunately, might not be able to collect the full amount of the $850,000 judgment, the Fourth Circuit, nevertheless, upheld the principle that it could not ignore the Maryland law by holding an insurance company to a contractual provision, in which it never agreed to, or to scramble together whole areas of the law that are conceptually distinct.
[1] Including the Honorable Richard M. Gergel, United States District Judge for the District of South Carolina, sitting by designation. 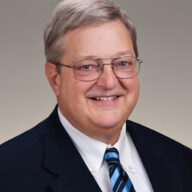 Jack Griffeth is a shareholder at Collins & Lacy. His 36-year practice of law has focused on defense trial work, representing employers in employment related litigation and mediation. Read Jack's Biography