Infrastructure funding took a front seat throughout the 2013 legislative session, with a united business community driving the debate. In January, the South Carolina Chamber of Commerce and 14 allied organizations released the Road Map to the Future, a detailed plan for the General Assembly to begin addressing the state’s infrastructure needs through three major improvement areas: interstate expansion ($2.8 billion), bridges ($2 billion) and resurfacing ($1.2 billion). The Road Map represented a statewide approach and did not raise a single tax or fee. Instead, the plan urged the General Assembly to closely examine three funding mechanisms: dedicating a portion of new General Fund revenue, dedicating Capital Reserve Funds and redirecting existing vehicle related revenues. In April, more than 100 businesses reiterated the importance in a letter to the General Assembly urging significant highway funding investment this year.

The House and Senate each included infrastructure funding in their respective budgets. Once the conference committee met to work out the differences, the final proposal invested nearly $600 million in roads and bridges. This includes $50 million in recurring funds allocated to the State Infrastructure Bank (SIB) to be bonded for $500 million. The package also includes moving half of the sales tax on automobiles to the Highway Fund on a recurring basis, generating about $41 million annually. Additionally, $50 million in one-time funds will be used for bridge repairs. The portion of funding that will come from bonds will touch seven interstate expansion projects from the Upstate to the Midlands to the Lowcountry.

Of the final package, South Carolina Senate Majority Leader Harvey Peeler, said, “We had two goals with infrastructure reform this year – provide dedicated streams of revenue for our roads, and make sure our state was spending on ‘first things first,’ fixing the infrastructure we already have. This plan makes clear to South Carolinians that we’re serious about getting our roads in better shape.”

“I’m extremely pleased. I think it’s a major step in the right direction,” said South Carolina Senate Minority Leader Nikki Setzler. “Our roads are in such terrible shape, and we are so far behind. This won’t come anywhere close to solving the problem, but it will certainly make a dent in the problem.”

The business community thanks Governor Haley and the General Assembly for their leadership on investing in our roads. This is a great first step, and the South Carolina Chamber will continue to advocate for a comprehensive road funding plan that will spur job creation and put South Carolina at the forefront of economic development.

This is the first significant funding increase for roads and bridges since 1987, when there were one million fewer residents living in the state. The Chamber is pleased with this first step toward finding a long-term, sustainable solution to funding roads and bridges and will continue to advance this issue in the upcoming legislative session. 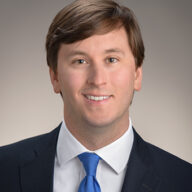