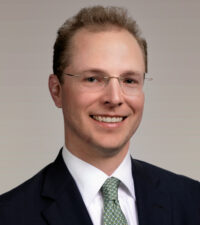 Henry McMaster, Jr. is an associate in the Retail & Hospitality practice group.

Previously, Henry was an Assistant Solicitor in the 6th Judicial Circuit where he prosecuted crimes of all levels, including domestic violence, criminal sexual conduct, and murder. He also managed juvenile adjudication and was a member of the Veteran’s Court Program.

Henry is active in the Young Lawyers Division of the SC Bar, where he is a member of the Leadership Class of 2022, as well as a Co-Chair for the Make A Wish committee. He is also a member of the USC School of Law Young Alumni Council.

Henry attended the University of South Carolina School of Law, where he was
nominated the Chief Magistrate of the Phi Delta Phi Legal Honor Society as well as the John Belton O’Neall Inn of Court.