Home
Menu
Search
South Carolina Supreme Court rules as strict constructionist while advocating for reform.
Though not as controversial as the recent United States Supreme Court rulings on health care and illegal immigration, a South Carolina Supreme Court ruling involving a police shooting has struck a blend of upholding and adhering to current South Carolina Workers’ Compensation Law while advocating for reform of the existing law. This unique backdrop was created and published in the July 11, 2012 ruling of Brandon Bentley v. Spartanburg County and S.C. Association of Counties SIF.  Opinion N0. 27140.
Bentley was a deputy sheriff with the Spartanburg County Sheriff’s Department.  While working on October 21, 2009, he was dispatched to a disturbance between neighbors. In responding to the call, Bentley shot and killed one of the assailants. After the shooting, Bentley began suffering psychological symptoms including anxiety and depression. Bentley’s physicians ultimately opined that Bentley was unable to work.
On March 10, 2010, Bentley filed a request for a hearing to determine whether his injuries were compensable. The Single Commissioner (and Appellate Panel of the South Carolina Workers’ Compensation Commission) held the claim was not compensable as the events surrounding the October 21, 2009 shooting were not unusual or extraordinary conditions of Bentley’s work.  On appeal, the South Carolina Supreme Court considered the issue of whether shooting and killing a suspect while on duty was an extraordinary and unusual employment condition.

The South Carolina Supreme Court reluctantly found itself bound by the law as it currently stands in South Carolina and upheld the finding of non-compensability for this mental-mental claim. The Court determined South Carolina Code Ann. §42-1-160 holds mental injuries unaccompanied by physical injury are not considered a personal injury within the course and scope of the Act unless the employee establishes: (1) that the employee’s employment conditions causing the stress, mental injury, or mental illness were extraordinary and unusual in comparison to the normal conditions of the particular employment; and (2) medical causation between the stress, mental injury, or mental illness, and the stressful employment conditions by medical evidence.

Under the current law, the Claimant must pass a causation test showing the employment condition was the proximate cause of the mental injury. In addition, a Claimant must demonstrate through a preponderance of the evidence that the event arose from an unusual and extraordinary condition.  When examining the conditions and if the evidence supports an extra ordinary or unusual condition, the Court noted unusual and extraordinary conditions refer to conditions to the particular job which the injury occurs, not to conditions of employment in general.
In Bentley, the Court determined the use of deadly force was within the normal scope and duties of a Spartanburg County Deputy Sheriff.  The evidence supporting this holding focused in on Bentley’s own testimony that confirmed he knew he would “sometimes be required to use deadly force in his job.” In addition, the Spartanburg County Sheriff’s Office General Order 520.1 provided “deadly force may be used by officers only when they reasonably believe the action is in defense of human life . . . there should be no hesitancy in using such force as necessary to bring that person under control.” Id. at 30. Finally, the Court noted that deputies also are required to attend the South Carolina Criminal Justice Academy where they are instructed on the use of firearms and deadly force to become an officer and receive annual training to maintain their status as officers.
Although the Court considered the Appellants’ argument that killing another human being is “unusual,” the Court sided with the past holdings which bound the Court to look at conditions of the particular employment in which the injury occurs and not the conditions of the employment in general.
Even though the Supreme Court is bound to strictly uphold the Legislature’s view on the requirements for a mental-mental condition in South Carolina, the Court went to great length to advocate from the bench the reasons why the law should be reformed.  The Court noted many jurisdictions have dropped the heightened requirement of an unusual and extraordinary condition from the standard of a mental-mental injury.  The Court opined that if South Carolina reformed its legislation, it would be one of five other states with similar statutes not requiring an unusual and extraordinary condition standard.  Nevertheless, the Court correctly distinguished that its role was to interpret the current law and not rule on the impact of the legislation.
The 3-2 decision was ultimately enough to uphold the law, but the ramifications of this opinion, the suggested language for a reformation of the Act, and the admonition by the Supreme Court, could have a rippling effect on the Legislature in the months and years to come.  Stay tuned for next week’s blog as Mikell Wyman addresses the ruling’s possible implications on mental-mental injuries in South Carolina. 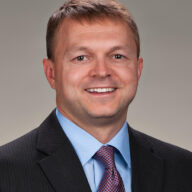 Christian Boesl is a shareholder and chair of the Employment Practice Group and experienced member of Collins & Lacy’s workers’ compensation team. During his years of practice, Christian has successfully argued cases to the Full Workers’ Compensation Commission, Circuit Court, Court of Appeals and Supreme Court.