A recent decision from the Eastern District of North Carolina reminds us of the key role proof of causation plays in food liability cases. Manley v. Doe, No. 7:10-CV-154-D (E.D.N.C. February 2, 2012) involves a suit filed against Wendy’s concerning a two-inch plastic fragment that was removed from the plaintiff’s lung.

Here’s how it started. In 2007, the plaintiff began to suffer from episodes of fatigue, coughing, choking, and gastrointestinal problems. Almost 2 years later, it was determined an approximately 2-inch long fragment from a plastic eating utensil was lodged in the plaintiff’s lung. When the fragment was removed, it was found to be embossed with part of the Wendy’s logo. The plaintiff brought suit against a Wendy’s franchisee, claiming he unknowingly consumed the fragment while eating a hamburger during one of his 4-5 visits to the restaurant in the months prior to the onset of his symptoms.
At first glance, this case might sound like a slam-dunk for the plaintiff. After all, the fragment did bear the Wendy’s logo and the plaintiff had eaten at Wendy’s in the months before he fell ill. What other explanation could exist for how the fragment ended up in the plaintiff’s lung?
The district court, applying North Carolina law, found the plaintiff’s theory of the case tough to swallow and granted summary judgment in favor of the restaurant. The plaintiff relied on circumstantial evidence to prove a defect in a hamburger (i.e., the plastic fragment) the restaurant sold to him caused his injuries. Although there appears to have been no dispute that his condition was caused by the fragment, the key issue was whether the fragment became lodged in his lung while eating a Wendy’s hamburger.
The court noted there was no evidence the fragment came from the particular Wendy’s franchisee named as a defendant in the case. Furthermore, although the plaintiff’s doctors testified the fragment caused his symptoms, their testimony did not to prove how the fragment entered his lung. The restaurant’s experts, on the other hand, testified a person could unknowingly inhale such an object only if he suffered from “severe mental status depression,” which would suppress the coughing reflex. One cause of this condition is intoxication, and despite plaintiff’s denials, there was evidence he abused drugs and alcohol in the year he became ill. Despite the plaintiff’s testimony that he was never intoxicated during his visits to Wendy’s, the defense experts concluded the fragment entered the plaintiff’s lung due to suppressed gag and cough reflexes while he was under the influence.
The defense’s position was supported by the absence of food particles in the plaintiff’s lung. Because the lungs do not contain enzymes to break down food like those found in the stomach, if food had entered the lungs with the fragment as plaintiff alleged, then food particles would have still been present when the fragment was removed.
Finally, the court relied on the absence of other similar incidents at the franchisee’s restaurants to reject the plaintiff’s theory of causation. During a 2-year period, the franchisee served approximately 36 million customers, but received only 21 customer complaints involving foreign objects in food. However, none of these complaints involved pieces of plastic eating utensils.
After considering the evidence, the court concluded no reasonable jury could find that a defect in a hamburger that the restaurant sold to the plaintiff caused his injuries.
Practice Point: In short, the importance of causation in a food liability case is by no means a new concept. However, this case reinforces that causation should never be overlooked—even when it might at first appear to be a foregone conclusion. 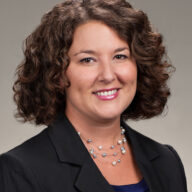