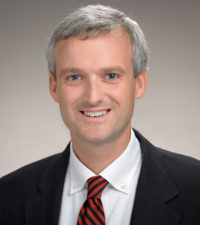 Michael is a shareholder who brings extensive experience to Collins & Lacy and leads the firm’s Government, Ethics, and Compliance Practice.

He offers counseling and litigation services to governmental entities and agencies, candidates for elective office, as well as individuals and businesses with issues before the various courts and regulators. This work includes:

In his former role as General Counsel for the South Carolina State Ethics Commission (2015-2017), Michael was responsible for prosecuting all civil complaint matters that arose before the Commission, negotiating resolution to these matters, drafting orders for the Commission, handling appeals, and providing advisory opinions to those affected by the Ethics Act. Prior to working with the Commission, Michael prosecuted health care fraud as an Assistant Attorney General for the South Carolina Attorney General’s Office, from 2011 to 2015. He has also previously worked in civil litigation for two law firms, one in Columbia and one in Washington D.C. In addition to his legal experience, Michael has served as a legislative aide to three different United States Congressmen in Washington D.C.