In Hutson v. South Carolina State Ports Authority, a crane operator suffered injuries to his back and leg that prevented him from returning to his $90,000.00 per year job. On the basis of his dream, he made a claim for wage loss and sought his award in a lump sum to pursue his vision of starting his own restaurant. A vocational report submitted by the claimant estimated his future earning capacity at $14,000.

The hearing commissioner denied the claim for wage loss on the basis of his professed dream and vision of his future. The full commission, the Circuit Court and the Court of Appeals affirmed the hearing commissioner’s award. The South Carolina Supreme Court reversed the decision and remanded the case to the Commission for a determination of the claimant’s wage loss. The Court noted that the claimant had never owned a restaurant and could not testify to potential future earnings. Therefore, the man’s vision of opening a successful restaurant was not substantial evidence upon which to base the award.
Dreams transported America to the moon, created events like Take Your Daughter to Work Day and have cured countless diseases. They are not, however, the basis for an award of compensation under the S.C. Workers’ Compensation Act.  Read the full case here and dream big.

Now for a different perspective – by Stan Lacy.

Well done, Ellen, but consider this approach to the case.

Amazingly, every court agreed the claimant’s dream was enough to deny him wage loss until the case got to the Supreme Court, which recognized a dream is mere speculation.  Speculation is not substantial evidence and the case was remanded.  As Norma Desmond sang in “Sunset Boulevard,” the Supreme Court “gave the world new ways to dream.”

This case also was reported in SC Lawyers Weekly.  Click here to read the full article. 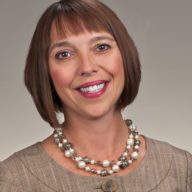