The Supreme Court of South Carolina ruled claimant’s ability to hold gainful employment does not, alone, preclude a finding of total and permanent disability based on more than 50% to the back.

Further, the Supreme Court decided that regional spine impairments were actually impairments to the “back” within the meaning of the Act. This is contrary to prior practice at the Commission, in a ruling, that if it stands, could increase the exposure created by back injury claims.

Under the scheduled-member statute, 42-9-30, a claimant who sustains a 50% or more impairment to the back is presumed totally and permanently disabled. The statute allows the employer to rebut that presumption. A recent Supreme Court decision significantly changes an analysis of a claimant’s disability under the scheduled-member statute. Clemmons v. Lowe’s Home Centers, Inc., Op. No. 27708 (S.C. 2017).

Clemmons sustained an injury to his back (neck) when he slipped and fell while assisting a customer in September 2010. He underwent surgery and received a spinal cord stimulator. The authorized treating physician determined Clemmons was able to work, albeit with permanent restrictions. The employer offered Clemmons a position within those permanent restrictions, working as a cashier, and Clemmons accepted the position.

The authorized treating physician, Dr. Drye, issued an opinion of maximum medical improvement in June 2011 and assigned a whole person impairment rating of 25% due to the cervical spine injury. Dr. Drye released Clemmons to return to work under permanent work restrictions including: no standing or walking for more than one hour at a time, no stair-climbing, no repetitively reaching overhead, and no lifting more than thirty pounds.

Despite a finding of more than 50% impairment to the back, the Defendants in Clemmons had the ability to rebut the presumption of total and permanent disability. The Defendants argued Dr. Drye’s 25% whole person impairment coupled with Clemmons’ ability to return to work within his permanent restrictions provided substantial evidence Clemmons was not totally disabled. The Supreme Court held the mere fact a claimant continues to work, is insufficient to rebut the statutory presumption of permanent and total disability. In so doing, the Court removed the consideration of a claimant’s earning ability in a determination of disability under the scheduled-member statute.

Chief Justice Pleicones, wrote a separate opinion, concurring in part and dissenting in part, stating evidence revealing a claimant has not suffered a wage loss as a result of the accident is relevant evidence to rebut the presumption of permanent disability. 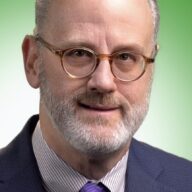