South Carolina’s frozen alcoholic dessert industry has flourished over the past decade, just as one might imagine sweet tea did in the early 1800’s. Like sweet tea, ice cream is in high demand throughout the hot South Carolina summers and is sometimes enjoyed with alcohol. However, unlike sweet tea, ice cream is typically not served as a beverage. Rather ice cream is served, and most often consumed, as a solid. While this is a minor detail to most, it makes all the difference in the application of South Carolina’s alcohol regulatory scheme. Due to the Alcoholic Beverage Control Act’s (ABC) antiquated language only reaching the distribution and sale of alcoholic “beverages,” alcoholic ice creams remain unregulated in our state.

The proliferation of the frozen alcoholic dessert industry in South Carolina is likely due in part to a loophole known as the bakery exemption. The ABC Act provides that no provision in the act applies to alcohol intended for use in the manufacture and sale of food products when they are unfit for beverage purposes. See S.C. Code § 61-6-30. Also, “[i]f a product containing alcohol (and listed in § 61-6-30) does not have a ‘substantial actual use’ as an alcoholic beverage, then the product is ‘unfit for beverage purposes’ and is not taxed and regulated as a beverage under the provisions of Title 12 and Title 61.” SC Revenue Advisory Bulletin #01-8, July 30, 2001. In fact, many common household products containing alcohol can be produced, distributed, and purchased without being regulated as an alcoholic beverage. For example, even though it has the same ABV as Captain Morgan rum, vanilla extract is sold and consumed without regulation.  WFLA Staff, School warns of students putting vanilla extract in coffee, getting drunk, WSPA (Mar. 1, 2019, 11:46 A.M.). A school district in Atlanta even had issues with students spiking their morning coffee with the common bakery staple. Id.

Similar to vanilla extract, Ice Cream is not ordinarily considered a beverage. While it can certainly melt, it is ordinarily sold and consumed as a solid. In fact, the South Carolina Department of Revenue does not currently regulate alcoholic ice cream: businesses are not required to obtain a liquor license, and distributors are not taxed or regulated in the same way as those who distribute alcohol in beverage form. This allows more flexibility for businesses looking to serve alcoholic products and allows manufacturers to enjoy more profitable margins.

Over the last decade, South Carolina laws have reflected an intent to incentivize alcoholic beverage producers to open businesses in the state. For example, in 2010 breweries were finally allowed to sell beer produced on their premises for on-premises consumption. See S.C. Code § 61-4-1515 (2010). Beginning in 2017, breweries with a licensed food establishment on their premises could apply for a license to sell liquor by the drink for on-premises consumption. See 2017 S.C. S.B. 275. Fairly recently, micro-distilleries were granted the right to sell liquor distilled on their premises for on-premises consumption. See S.C. Code § 61-4-1515(B)(2). Ultimately, the legislature has been effective in expanding South Carolina’s alcoholic beverage market, evidenced by the $400,000,000 private investment in the construction of a White Claw Hard Seltzer facility in Richland County.

Without enacting laws to reflect equal treatment of alcoholic beverages and alcoholic ice cream, alcoholic beverage license holders face uncertainty in determining their risk of liability. South Carolina law imposes liability when a permit holder or a servant, agent, or employee of the permittee knowingly sells beer or wine to an intoxicated person upon the licensed premises covered by the holder’s permit. See S.C. Code Ann. § 61-4-580(2) (emphasis added). This statute was broadly interpreted in 2010 when the South Carolina Supreme Court stated, “The statute does not contain a requirement that the intoxicated person be visibly intoxicated, only that a person ‘knowingly’ sell beer or wine to an intoxicated person.” Hartfield v. Getaway Lounge & Grill, Inc., 388 S.C. 407, 418, 697 S.E.2d 558, 564 (2010). However, there is no case law concerning liability for serving alcoholic ice cream. Thus, it is unsettled whether a bartender may incur liability for selling alcoholic ice cream to an intoxicated or underaged person. As Perry Mathis, an administrator of alcohol beverage licensing at the S.C. Department of Revenue noted at a hearing on the bill, “[u]nlike a can of beer, a bottle of wine, a bottle of liquor or a drink poured at a bar, these products could theoretically be sold to a 12-year-old. And there’s absolutely nothing that law enforcement of the Department of Revenue could do to them.” Reynolds, supra.

Although the enactment of the bill would clarify some legal ambiguities, manufactures of the treats have voiced opposition. In South Carolina, “It is unlawful for a person to store or have in possession alcoholic liquors in his place of business other than a licensed liquor store.” S.C. Code Ann. §61-6-4060. Not only would manufacturers be subject to an alcohol tax, but they would also be forced to discontinue their sale of liquor-infused ice cream to grocery stores and gas stations. As most liquor stores have limited freezer space, manufacturers would receive orders for much smaller quantities of alcoholic ice cream. Accordingly, if this bill is passed, alcoholic ice cream manufacturers may begin to downsize their operations or look elsewhere when considering expansions.

Until then, kick back, relax, and enjoy a Mojito popsicle on a hot summer day. Just don’t let your frozen treat melt in public, or you might catch a ticket for open possession. 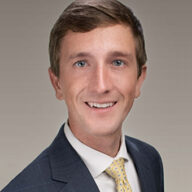