Ashley Kirkham is a shareholder at Collins and Lacy where she focuses her practice on Columbia worker’s compensation defense representing employers and their carriers against claims and disputes throughout South Carolina.

Obviously, COVID-19 is new and has only been around for a little over a year at this point, but the law that we are looking at here in South Carolina goes back all the way to 1945.  The two big cases on this issue are 1945 and also 1962.

The first case in South Carolina that dealt with this was Alewine vs. Tobin Quarries, and that case from 1945 the employee Alewine had a smallpox vaccine which became infected and actually resulted in his death.  The commission ruled that since the vaccine was not requested by the health authorities at the time or due to a threatened epidemic of smallpox that the vaccine was solely a request of the employer and therefore it was compensable which meant that the quarry had to pay worker’s comp death benefits to that employee for the smallpox vaccine.

This went all the way up to the State Supreme Court where the Court really looked at other states since this was kind of the first test in South Carolina on the vaccination issue.  The states it considered were Connecticut, Michigan, Illinois, Texas, and Ohio, and all pretty much have said the same thing that if there is an epidemic of disease that threatens or currently exists and the vaccination is ordered by health authorities for the benefit of the general public, then there will be no liability for the employer, even if the employer were to pay for that vaccine or require their employees to have the vaccine.

It appears from this 1945 case, if both of those things are not true, if there’s not a current epidemic of disease or a threatened epidemic of disease, or the vaccination is not ordered by health authorities for the benefit of general public, if the employer requires it or pays for the vaccine, it’s going to be a compensable workers’ compensation claim.

So, then fast forward about 20 years to 1962 to the Lee vs. Wentworth Manufacturing Company case.  In that case the employee, Lee, was a seamstress. She sewed buttons onto fabric, and she missed a couple of days of work and when she came to work the next day her employee union had set up TB tests.  The employer had helped setup those TB tests on property during work hours, but the union doctor that was the one who was actually performing those tests.

After Lee got the TB test, she got an infection at the testing site and ended up being out of work for about six months, so she requested worker’s comp benefits to pay for her time out of work.  The Court decided that this was a direct benefit of the employer even though the test was not required by the employer or paid for by the employer, because it had a direct benefit of the employer.  So basically, unless treatment is solely for the employee’s benefit in South Carolina you are going to be responsible for it if you are an employer and you have somehow helped coordinate the testing or the vaccine.  So, the South Carolina rule was made even easier to pass with regard to worker’s comp benefits.

If the vaccine or the test prevents the spread of disease, there is still a benefit to the employer, because less employees will be out of work and the employer can get whatever they need from their employees done.  The other thing that the Court focused on in this case was that even though the employer did not require the test, it had not been made clear to the employee that it was a voluntary test.

There had been some discussions a couple of days prior to the testing that it was voluntary, but the employee had been out of work for those days and therefore she specifically did not know that the test was voluntary, and the Court used that to find the employer was still going to be responsible for paying the benefits on that claim.

As of today, which is Tuesday, December 22, 2020, DHEC, the South Carolina Health Department, has not mandated the vaccine.  They currently “highly recommend” the vaccine especially for healthcare workers working on the frontlines, or healthcare workers who are working with patients who have increased exposure because of age or comorbidities.  But I will it sounds like DHEC might be heading in that direction because there have been two state bills presented in the House and the Senate, both against mandating the vaccine.

DHEC hasn’t currently mandated the vaccine, but in both the House and Senate there have been bills introduced.  The first in the Senate says that the employer cannot take action against an employee who chooses not to get the vaccine and it cannot stop the mandatory quarantine if not vaccinated The Bill in the House bars acceptance of federal money in exchange for enforcing a vaccine mandate.  So, it sounds like there is already about to be a push come to shove when it comes to whether the vaccine is going to be mandated by the state, but currently, as of today, there is no mandate.

But that’s an easier question than the question that’s going to come hopefully in a few months when the vaccine becomes readily available of are you going to require your employees to have this vaccine.  Based on South Carolina law, unless there is a DHEC mandate requiring the vaccine and an epidemic, which we certainly meet, but you got to have both of those qualifications to be, to have a defense to worker’s comp benefits.  So, if you’re going to require your employees to have it and there’s no DHEC mandate, you are going to be subject to workers’ comp payments should there be any issues with that vaccine.

I think we all wish that this vaccine lived in a vacuum, but it doesn’t, so you have to think about the big picture.  You might not want to require your employees to get a vaccine because you might be exposed to worker’s comp liability, but you also have to think about if you’re not requiring the vaccine and what you have been dealing with the past 9 months of usually requiring your employees to be out of work for a minimum 14 days, even longer if they continue to test positive.

It’s understandable that these are business decisions and must be weighed for the pros and cons of the risk of something going wrong with the vaccine being worth it compared to the current risks of having to have my employees out of work, possibly infecting other employees so, unfortunately, it is not an easy answer in something that has to be taken on a case-by-case basis. 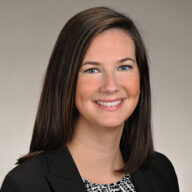