The Court of Appeals issued an interesting ruling relating to the compensability of death due to alcoholism and a claimant’s right to allege bad faith. Specifically, the Court held Claimant’s ultimate death due to alcoholism was not causally related to his right rotator cuff injury—incurred roughly two years prior.  In support of this, it appears the Court reviewed the claim under the pre-existing condition statute (§ 42-9-35) and found Claimant’s estate failed to meet their burden of proof that the compensable accident aggravated or exacerbated the pre-existing alcoholism, which lead to Claimant’s death.

A subsequent MRI revealed a recurrent tear in the right shoulder on October 2, 2013. Defendants denied treatment for the recurrent tear until medical records from Kentucky could be obtained to determine if the new tear was related to the original work injury. Defendants requested Claimant sign medical releases to allow them to obtain medical records from out of state providers. Claimant failed to sign the releases and the Defendants filed a Motion to Compel.  Prior to the Motion being held before the Commission, Claimant died from conditions related to alcoholism on April 14, 2014.

Claimant’s widow filed a Form 52 claiming the shoulder injury caused Claimant’s drinking to increase.  It appears the Court might have entertained the widow’s argument if she were able to present medical evidence supporting her husband’s drinking increased due to the accident. This is the same evidence required by § 42-9-35(c). This statute requires medical evidence from an expert, stated to a reasonable degree of medical certainty, that a work accident aggravated a pre-existing condition.

The Court found Claimant’s widow only provided subjective evidence in support of her allegation. The only medical opinion suggesting an increase in alcohol consumption was based upon subjective histories provided by the Claimant’s family and friends after his death. All objective medical records supported a lifelong struggle with alcohol. For example, 2009 medical records noted Claimant acknowledged he was, “drinking himself to death.”  Thus, the Court affirmed both the Single Commission and Appellate Panel finding that Claimant’s death was not causally related to his compensable shoulder injury because aggravation of the pre-existing condition had not been proven.  His widow received no benefits under the Act. Secondly, the Court held Defendants denial of medical treatment for the recurrent tear did not rise to the level of bad faith.  The Court pointed to Defendant’s Motion to Compel Claimant’s execution of the medical releases- finding it reasonable for the Defendants to deny treatment until they were able to obtain additional discovery. Also, the Court confirmed the Commission has exclusive jurisdiction under § 42-1-540.  Thus, a claimant does not have the same cause of action available to him as he would in common law and all issues regarding workers’ compensation benefits must be handled by the Commission.

For more information, reach out to Jenny Newman at jnewman@collinsandlacy.com. 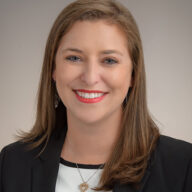 Jennifer H. Newman is an associate practicing workers’ compensation defense, representing employers and their carriers against claims and disputes throughout South Carolina. Before attending law school, she worked as a paralegal for a claimant’s firm, which gives her unique insight into the claims management process from all perspectives. Read Jenny's Biography