The South Carolina Court of Appeals issued an opinion on February 18, 2015, wherein it found a bus driver’s death due to an aneurysm compensable and the driver’s common-law wife entitled to benefits. Thomas v. 5 Star Transportation, Opinion No. 5298 (Ct. App. 2015).

5 Star employed George as a tour bus driver. On November 19, 2007, a bus George was driving on Interstate 26 left the road and collided with a tree. George was pronounced dead at the scene. The autopsy noted that George was “witnessed to slump over and become unresponsive prior to driving off the road.” The forensic autopsy concluded the cause of death was full body blunt trauma complicating ruptured saccular aneurysm of the brain. Dr. Schandl, who performed the autopsy, testified that “there are so many different fatal injuries at that moment of the crash that it’s kind of difficult to sort out which one would have made him more dead.” She was unable to determine whether the aneurysm occurred before the collision or as a result of it but stated “to a reasonable degree of medical certainty, this condition did not cause death.” Dr. Schandl noted two-thirds of patients with the same aneurysm would have survived with half of the survivors being “fine,” and also determined “to a reasonable degree of medical certainty, [George] died as a result of injuries sustained in a motor vehicle collision.”

5 Star denied the driver’s claim on the ground that the bus accident would not have occurred but for the driver’s personal condition, an aneurysm, which was unrelated to the driver’s employment. The Commission found the death arose out of and in the course of employment because George was placed in an increased danger by driving a bus at a high rate of speed on an interstate. Dr. Schandl’s testimony, report, and memorandum all indicate George’s death was due to the injuries from the motor vehicle accident, not the brain aneurysm. 5 Star did not present any evidence to the contrary, but instead argued the claimant did not prove the aneurysm occurred after the accident, not before. The Court of Appeals affirmed, finding the job, driving a large tour bus at a high rate of speed on the interstate, placed the driver at an increased risk and caused the driver’s death.

George married Cynthia Whaley on February 9, 1995. They officially separated in 2000. George and Emily met in 1999. They lived together for 8 years prior to his death. In September 2006, George and Emily had a marriage ceremony. George told Emily just before the ceremony that he and Cynthia were divorced. That was not true. Their divorce was not final until February 2007. Emily did not find out until after George died.

5 Star contends the Commission erred in finding Emily was a surviving spouse because she and George had a common law marriage as he was already married when the two of them married. The Court of Appeals agreed. When there is an impediment to marriage, such as one party’s existing marriage to a third person, no common-law marriage may be formed, regardless whether mutual assent is present. Further, after the impediment is removed, the relationship is not automatically transformed into a common-law marriage. Instead, it is presumed that relationship remains non-marital. For the relationship to become marital there must be a new mutual agreement either by way of civil ceremony or by way of recognition of the illicit relation and a new agreement to enter into a common law marriage. In order for a common law marriage to arise, the parties must agree to enter into a common law marriage after the impediment is removed, though such agreement may be gathered from the conduct of the parties. Since Emily did not learn of the late timing of the divorce with Cynthia Whaley until after George’s death, she could not agree to continue the marriage after learning of the divorce.

Notwithstanding the above, the Court of Appeals affirmed the award of benefits based on a doctrine Emily did not argue on appeal. If a man and woman enter into a contract of marriage believing in good faith that they are capable of entering into the relation notwithstanding a former marriage, when, in fact, the marriage is still of force, and after the removal of the obstacle of the former marriage the parties continue the relation and hold themselves out as man and wife, such action constitutes them man and wife from the date of the removal of the obstacle. The only evidence as to whether George knew of an impediment to his marriage with Emily was Emily’s testimony that he said he was divorced from Cynthia. He was served with a summons and complaint for divorce from Cynthia more than two months prior to the marriage ceremony with Emily. 5 Star presented no evidence George did not know he could not marry when he and Emily had their marriage ceremony. Additionally, George and Emily continued to act as husband and wife after the impediment was removed. In the end, the Court of Appeals, accordingly, found Emily was George’s surviving spouse because she and George married in good faith, entitling her to benefits. 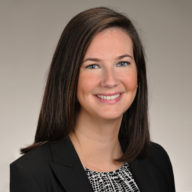