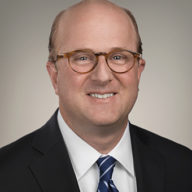 Post by Scott Wallinger We handle a fair amount of litigation involving Undersinsured Motorist Coverage (UIM).  Occasionally, we see the “buyer’s remorse” theme.  A motorist is injured due to fault of another, and the motorist’s loss is not adequately compensated by the at-fault party’s bodily injury liability policy.  The motorist, having remorse over his failure to buy Underinsured Motorist Coverage from his own liability insurer, then claims that UIM coverage should be afforded… Continue Reading

Copyright © 2016 Collins & Lacy, P.C. All Rights Reserved. Website by Northbound DesignThis website is for informational purposes only. Results achieved on behalf of clients do not necessarily indicate similar results can be obtained for other clients. [ Read More ] [ Sitemap ]